The SCAPA infrastructure is part of a major refurbishment of the John Anderson Building at the University of Strathclyde. It consists of ~1200 m2 total area comprising shielded areas, laser labs, preparation labs and control area. There are 3 shielded areas for a total of 7 accelerator beam lines and 300 m2 total working space (compared to 37 m2 for the old ALPHA-X shielded area). The SCAPA laser labs are located on top of the shielded areas. 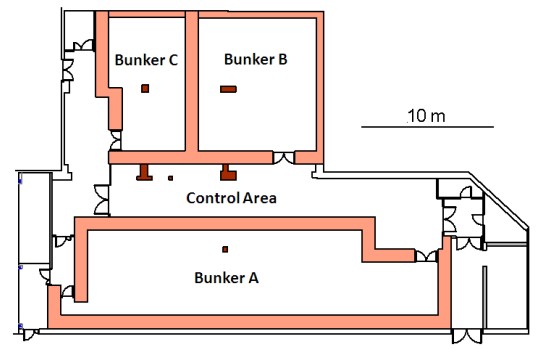 Layout of Level 1 shielded areas and control area. The laser labs are situated above the bunkers. 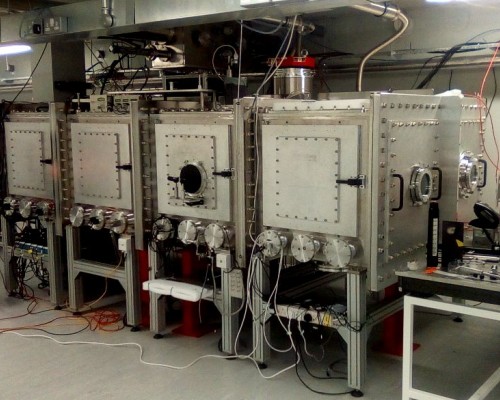 Laser wakefield accelerator beamline A2 in Bunker A. 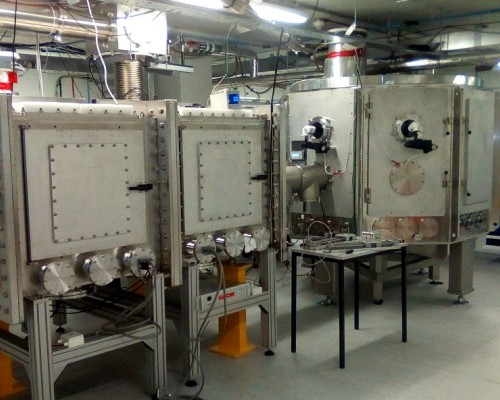 Laser-solid interaction beamline B1 in Bunker B.

The workhorse for the ALPHA-X laser wakefield accelerator beam line since 2007 has been a 40 TW (1.4 J, 35 fs, repetition rate of 10 Hz) Ti:sapphire laser system. This laser will drive 3 beam lines in SCAPA, including ALPHA-X.

In addition, an entirely new Ti:sapphire laser system has been procured for SCAPA. It  produces 8.75 J, 25 fs pulses at a repetition rate of 5 Hz, corresponding to a peak power of 350 TW (world’s highest average power laser of its type), and will drive 4 of the SCAPA beam lines. There is potential for future upgrading to PW capacity. This new laser system was commissioned in early 2017. 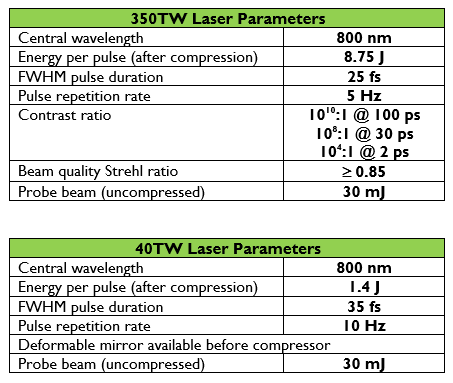 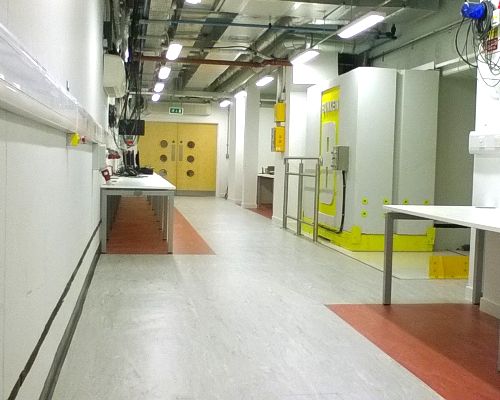 The pristine Control Area (before being populated) for radiation beam lines control and data acquisition.

SCAPA also houses a number of auxiliary spaces for experimental preparation and post-analysis. These comprise: 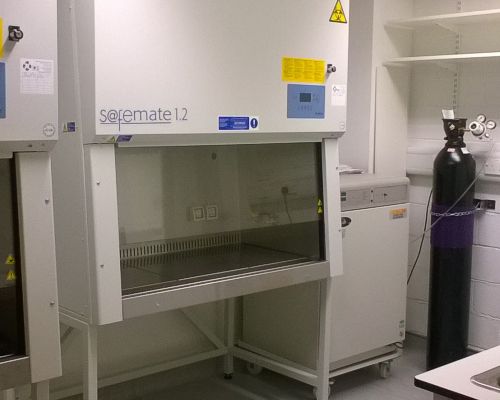 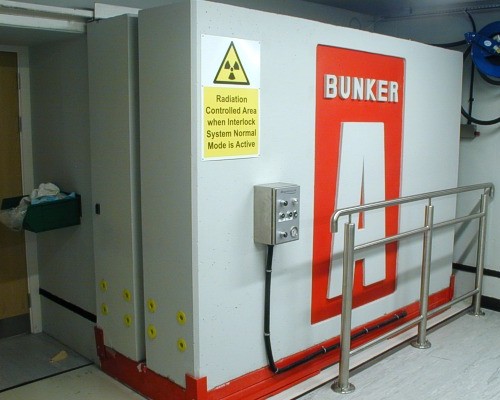 One of the radiation shielding concrete doors weighing in at 14 tons!